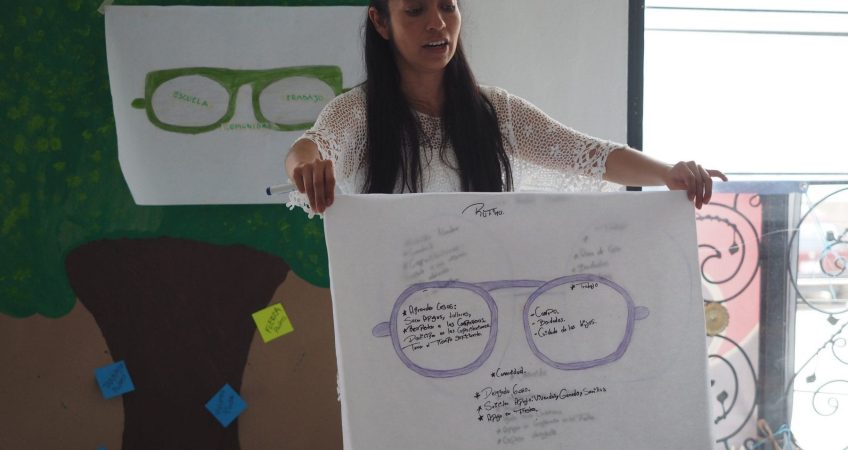 The stories that we tell

Anaïs Nin, the late-American-Cuban-french essayist famously wrote, “We don’t see things as they are, we see them as we are.” PSYDEH agrees.

Who we are, what we think of ourselves and others, and what they think of us all shape our world view.  Telling our stories helps to communicate our world view, and doing so informs how others view us. They are the, and lead to more, fruits of change. 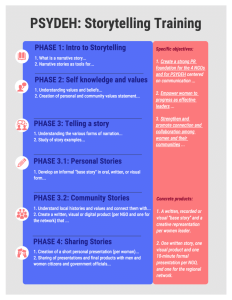 has just produced the second-to-last in a series of actions in our inaugural storytelling initiative. This work is funded by our Fruits of Change crowdfunding campaign, in collaboration with the US-based GlobalGiving. Our goal? Use this training to unite, link and support (phases 5-7 in our process-oriented program) marginalized indigenous women and their nascent network (Network) of organizations demanding such help to help them solve their own local problems.

Over two days and one night, May 14-15, we facilitated myriad exercises for our Network leaders in our new office in Tulancingo, Hidalgo. We organized pursuant to our “woman to woman” methodology, and around the structure in this diagram (RIGHT) to cement what the women need to tell their own stories.

From beginning to end, PSYDEH saw clear, measured progress by women using their stories — in text, drawing, portrait, and video — to own their power. We now currently have:

me olvides” (Don’t forget me). This thinking, inspired by the names of flowers in their region, speaks to how these women want to see themselves, who they are. They choose the flower “Siempre viva” as the name of their organization because no matter where each woman is or how far apart, their Network, this organization remains alive. And “no me olvides“ is styled after the commonly known Forget-me-not flower, the symbol of victims of violence. It has two meanings.

One, “don’t forget me” is a rallying cry. Due to home responsibilities, it is virtually impossible for women to be at all activities. This tagline helps those absent and those present to remember that all women are part of the collective decision-making process and should remain steadfast in the knowledge that they are better together.

Two, the women said that the flower metaphor captures their sentiment about those women leaders like Nayelica and Josefina whose voices have been silenced by unexpected deaths, by violence, or by the need to migrate away for a better chance to make a liveable wage. Their spirits, the women explained, remain in the hearts of those who still participate in the organization. They are not and cannot be forgotten.”

PSYDEH completes storytelling work with field visits to each of the women’s communities later in 2019. Thereafter, we hope that some or all of the women will present their stories to over 200 other women and men and government officials at the next installment of our unprecedented Regional Forum series. thereafter, we’ll turn these stories into a forthcoming e-book.