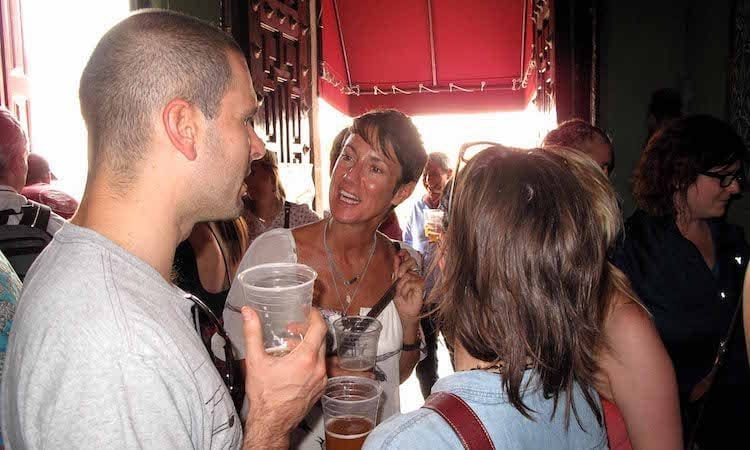 “Farm-to-Glass” Was A Great Success

In addition to raising close to $20,000MXN in material and financial support for indigenous women and PSYDEH, we:

“An event like Farm-to-Glass celebrates the power of speech and interaction between people. PSYDEH was able to create a collaborative environment where people could, first hand, discover social and cultural perspectives held by indigenous women in Mexico, as told by themselves. At the same time, we were able to connect with local and food products brought by the women themselves. This helped me and others to expand our understanding of the scope of, and the differences between, living cultures in Mexico.” (- Ignacio, España)

“The venue was nice, the human library interesting and the women leaders were engaging. For me, the event was stylish, new and fun.” (Yergali, Canada and Kazakhstan)

“Unlike many other fundraising events for social programs (without taking away their due value), PSYDEH’s “Farm-to-Glass” achieved something unusual: a legitimate conversation between attendees and women leaders to which the program is directed. During this sincere and interesting activity, increased awareness of the needs and views of both parties begot a shared path on which both side’s intentions could be shared. Combined with the impressive cacophony of languages of the various countries represented among the participants, the stories of everyone involved, and an informative environment on social development with a high level of knowledge possessed by the organizers, a truly exciting event was achieved through which I’m sure many participants became fans of PSYDEH’s work and that of the impressive and prepared indigenous women raising their own flag.” (- Diogo, Brasil y México)

“I asked the women about their biggest concern, an area in which I could help. They told me that it costs $1,000 Pesos to enroll a child in school each year. Because these women are usually the chief breadwinners of the family — their children often have to work in order to help put food on the table — they said it is impossible to save money at all. For me, how can they save $1,000 Pesos, multiplied by several children, each year, so that their children can go to school?  It just doesn’t make sense. I have friends in Costa Rica who run a non profit called El Puente, which receives donations for enrolling BriBri Indigenous children in school each year. Why can’t we find donors to help these Hidalgo families send their children to school?” (Connie, United States)