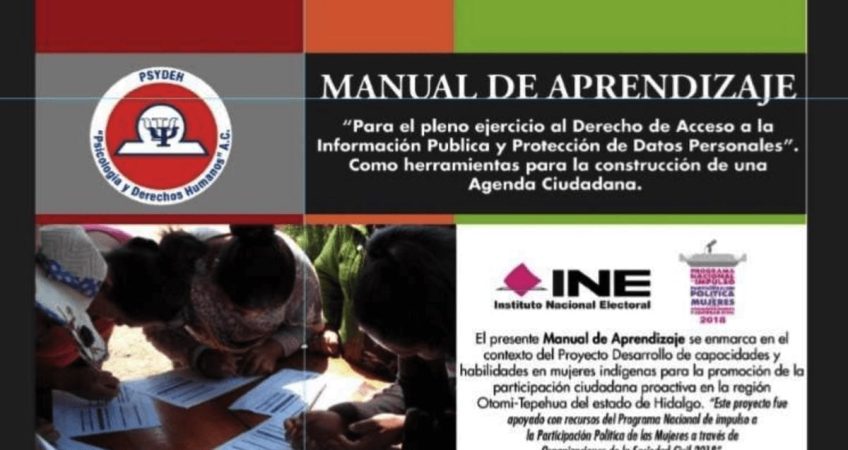 Since reorientation in mid-2014, we innovate our process-oriented, eight-phased, scalable program model pursuant to FEEDBACK from local stakeholders and interrelated projects. Indeed, feedback is the fuel on which our work runs. See our animated lesson explaining this program in action.

One such feedback-based project is called “Development of capacities and skills in indigenous women to promote proactive citizen participation in the Otomi-Tepehua region of the state of Hidalgo”, funded by the federal National Electoral Institute and completed in the 3rd quarter of 2019. Work in previous years revealed women’s demand to learn better methods for getting greater transparency around how public resources are used.

As such, PSYDEH designed this project to be the first of a two-part series through which we produce multiple citizen feedback-related tools around the smart use of their right to access public information and to personal data privacy with an eye to increased women participation in local and regional politics.

One tool is a documentary called “Ciudadana” (Woman Citizen), PSYDEH’s longest and most personal film yet. This product is the most recent in our series of image-based tools we use to facilitate feedback from citizens to public officials and other citizens in the country.

A second tool is a training manual for rural indigenous women citizens across Hidalgo (and the Republic). It is designed to help indigenous women best exercise their aforementioned rights when updating their unprecedented citizen agenda, during and outside their regular, also unprecedented, regional public forums. It is also designed to be the bridge between this project and what we hope will be a second project through which we disseminate the training manual, train women (and men) on how to use it and then scale the number of citizen solicitations for public information from 600-to-date to 1200 by project end. 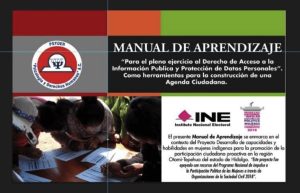