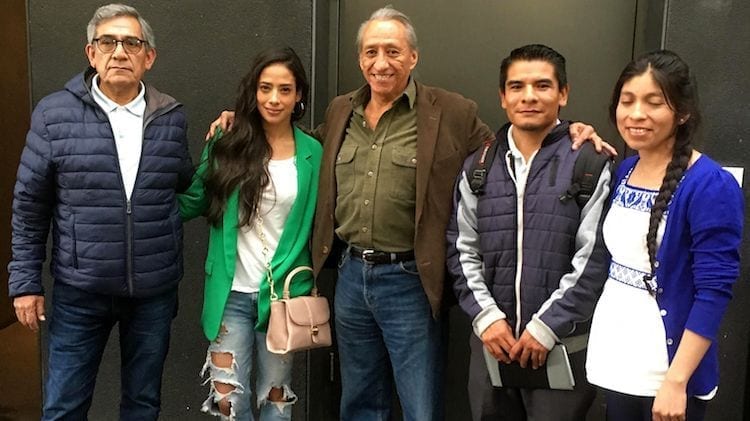 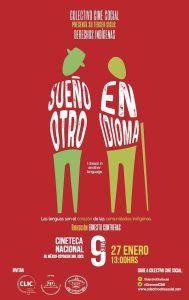 On Saturday, January 27, 2018, PSYDEH was celebrated at agroundbreaking experience at La Cineteca Nacional de México, one of the most prestigious cinema centers in the world, produced by the innovative Colectivo Cine Social (CCS), with support from the Mexican federal government Secretaria de Cultura.

The event began with 180+ Mexicans and foreigners from more than eight countries learning about PSYDEH’s work while the Colectivo’s sponsor Lupuloco Cerveceria served its Pale Ale to all event participants.

The day’s main event followed with a special screening of the new, highly-acclaimed film by director Ernesto Contreras: “Sueño en otro idioma” (Dream in another language). Thereafter, PSYDEH participated in a panel discussion on indigenous rights, with a focus on the right of autonomy through language, as key to sustainable development. 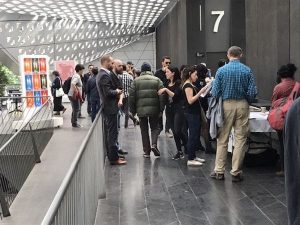 Those speaking were Mardonio Carballo (poet, writer and Nahuatl-speaking actor), Manuel Poncelis (star actor in the film) and PSYDEH’s own Diana Ramírez (Otomí) and Nahuatl-speaking Marisela Romero, long-time PSYDEH companion and leader in the Acaxochitlán-based NGO incubated by PSYDEH.

Part two of the experience continued with a packed house at Teatro La Capilla where all enjoyedthe powerful “human library” experience co-led by PSYDEH’s women partners.

Here, members of the public and women leaders explored a real exchange around such questions as (1) do you think it is different to be a woman in the city or another country than it is in life in rural Mexico?, (2) what do you feel about being a women leader of your family, community and municipality, (3) Why is it important that our children speak our native languages? and (4) what beyond artisan embroidery represents our cultures? We also served craft beer, offered a bazaar of women’s artisan work (as small enterprise incubation exercise) and PSYDEH’s “Del Otro Lado” photography exhibition. 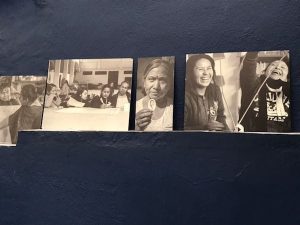 Taking months to produce, this novel experience is the most recent chapter in PSYDEH’s ongoing campaign to bridge urban and rural communities at the national and international level. And its another example of our leader-training methodology in action. As Marisela, panelist and PSYDEH partner, says:

“We as indigenous women have the same abilities, the same dreams, the same potential to be successful in life: we just lack the opportunities. And this event gives us the opportunity to have a voice, to tell our story, to speak directly to our country. “

“I want to congratulate all the team for bringing so many people together, for fostering an atmosphere of dialogue, intercultural learning, cross-cultural empathy and the promotion of transcendental values such as respect, collaboration, gratitude and solidarity, through each of the event’s activities.”

As important, thanks to the indispensable leadership by CCS, and the support from the Secretaria de Cultura and, Agencia SHa, the production company behind “Sueño en otro idioma”, PSYDEH harvested varied fruit to be enjoyed throughout 2018. 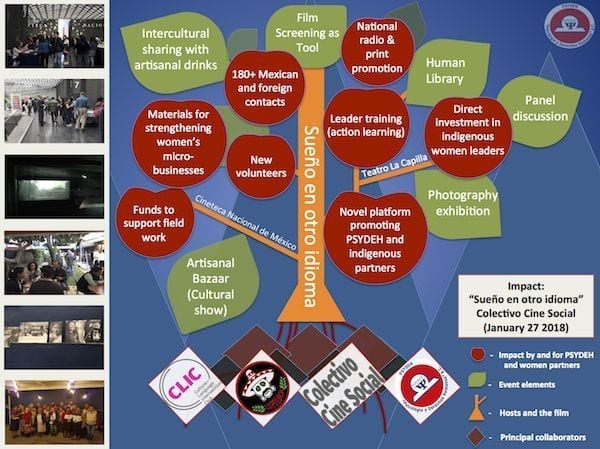 Preparing Proposals for "Fruits of Change" Seed Fund
“ALL IN” Yarazet Moreno Borjas and the Young Professionals Corps
A look back at 2021...
Photography Exhibition on the Cover of Hidalgo's Monthly Magazine "451 EFE"