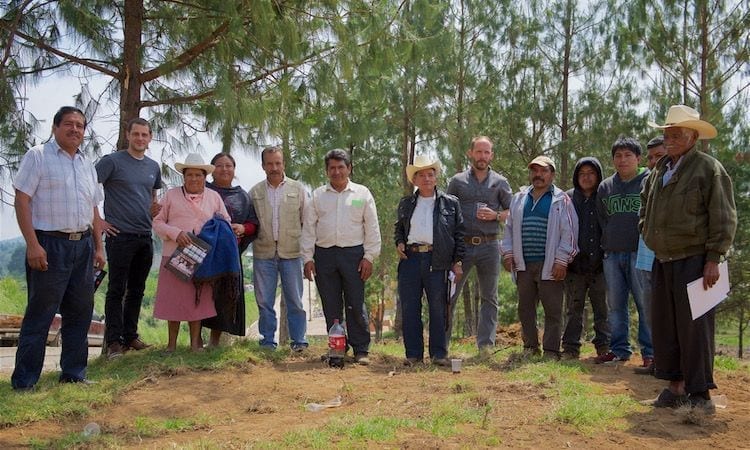 On June 5, 2016, Mexico’s citizens went to the polls to vote for local candidates running for office of President of various municipalities.

Among these candidates was Marisela Romero Cruz, on leave from her work with PSYDEH and a leader of the nascent Network of indigenous women-led NGOs and Cooperative. Running her first ever campaign as a representative of the Partido del Trabajo (PT), Marisela and her small team of advisors achieved a fourth place finish in Marisela’s Municipality of Acaxochitlán.

While not winning the election, Marisela, only 29 years old, achieved a significant victory. A team of international observers from Germany, the US and Brazil and PSYDEH staff shadowed Marisela on the trail in the communities of Monte Mar and San Francisco during her final week of the campaign. The Brazilian observer states:

Her performance is rather incredible in the context of reality. She is young. Her team of 15 young people is inexperienced. Her budget of $15,000MX for the entire campaign paled in comparison to competitors’ million-peso budgets. The PT party does not have the same local and state presence as its larger competitors of PRI, PAN or PRD. Despite these challenges, Marisela performed admirably. She clearly understands the challenges facing women and indigenous people in her municipality, Region and State.  She is a gifted orator and innately capable at connecting with people. If she learns from this experience, we believe that her future as a women leader is bright.