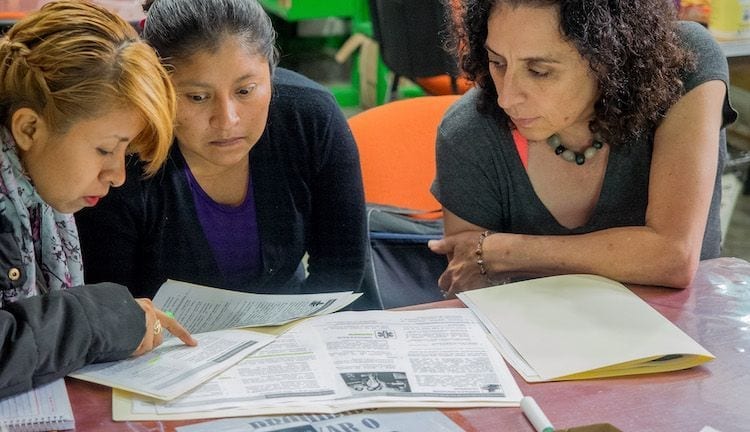 A key indicator of our program’s impact is the degree to which women use our training and organizing activities to build right’s based pilot projects to solve their own problems. In 2015-2016, women participated in and benefited from 11 projects. In early 2017, we concluded that with consistent, smart support, women might be able to produce at least eight more projects by 2018, bringing the total number of projects “spontaneously” launched by and for women to 19 since 2015 with a total value of over $2.5million MX.

To translate hope into reality, and partially funded by our Global Giving campaign “Fruits of Change”, PSYDEH now explores how to integrate Rosa María Vázquez Mellado and her decades of experience working with indigenous women into our leadership team. We met Ms. Vázquez in late 2015 at the second public forum.

She facilitated workshops focused on deepening regional leader understanding around their Agenda in on our 2016-2017 project with INE. With hard work and some luck, PSYDEH and Ms. Vázquez will leverage her skills, experience and networks in continued strengthening of the women’s NGOs and themselves as impact-making actors. Our goal? Women producing more local projects consistent with their Agenda and funded by third-party funders.