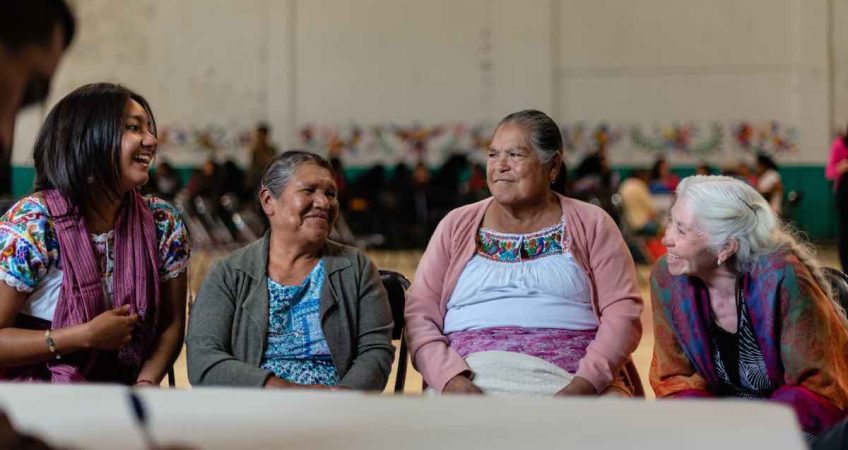 PSYDEH completes the 2018-2019 project titled, “Development of capacities and skills in indigenous women for the promotion of proactive citizen participation in the Otomi-Tepehua region of the state of Hidalgo.” Here, we educated and organized 170 rural indigenous women (and men), private citizens and government officials, around the right to access public information and to personal data privacy with an eye to increased participation in local and regional politics by:

(1) Cross-cultural, social capital building activities are valuable. Nearly all of those 143 people attending the 5th Regional Forum stated that they enjoyed the cross-cultural learning experience.

(2) Cascade learning model works. Those 170 people who attended the workshops are open to and have already formed groups of 10 to 12 people who share learning with neighbors. As such, we anticipate that this cascade effect will result in around 1,700 people in the region learning basic information on how exercising their right to access public information and protection of personal data can impact the exercise of their political and electoral rights.

(3) Women-led civil society organizational structure can lead to increases in female public decision makers. The example of PSYDEH’s nascent indigenous women’s network of five organizations has led to increases in female political participation, which we believe will lead to a gradual increase in the number of women public decision-makers in the region.

This project follows on the heels of 2018 work promoting the rights to access public information and to personal data privacy and nationally recognized 2016-2017 work promoting women participation in electoral politics. PSYDEH hopes it leads to continued work in this area in 2019-2020.