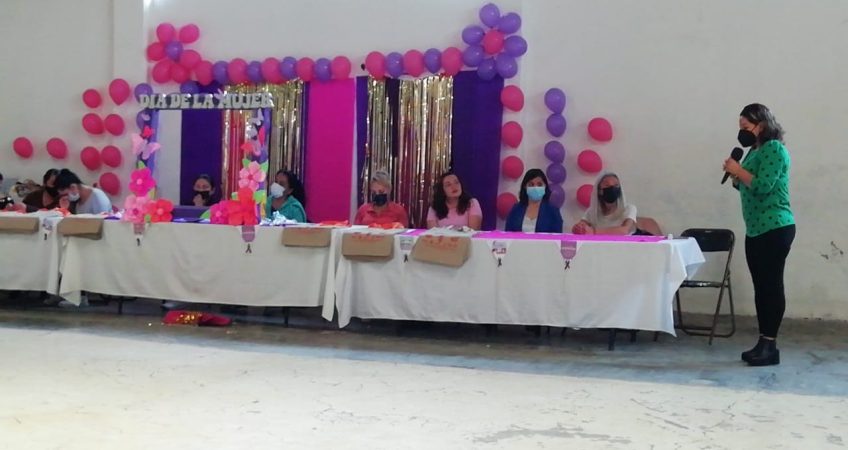 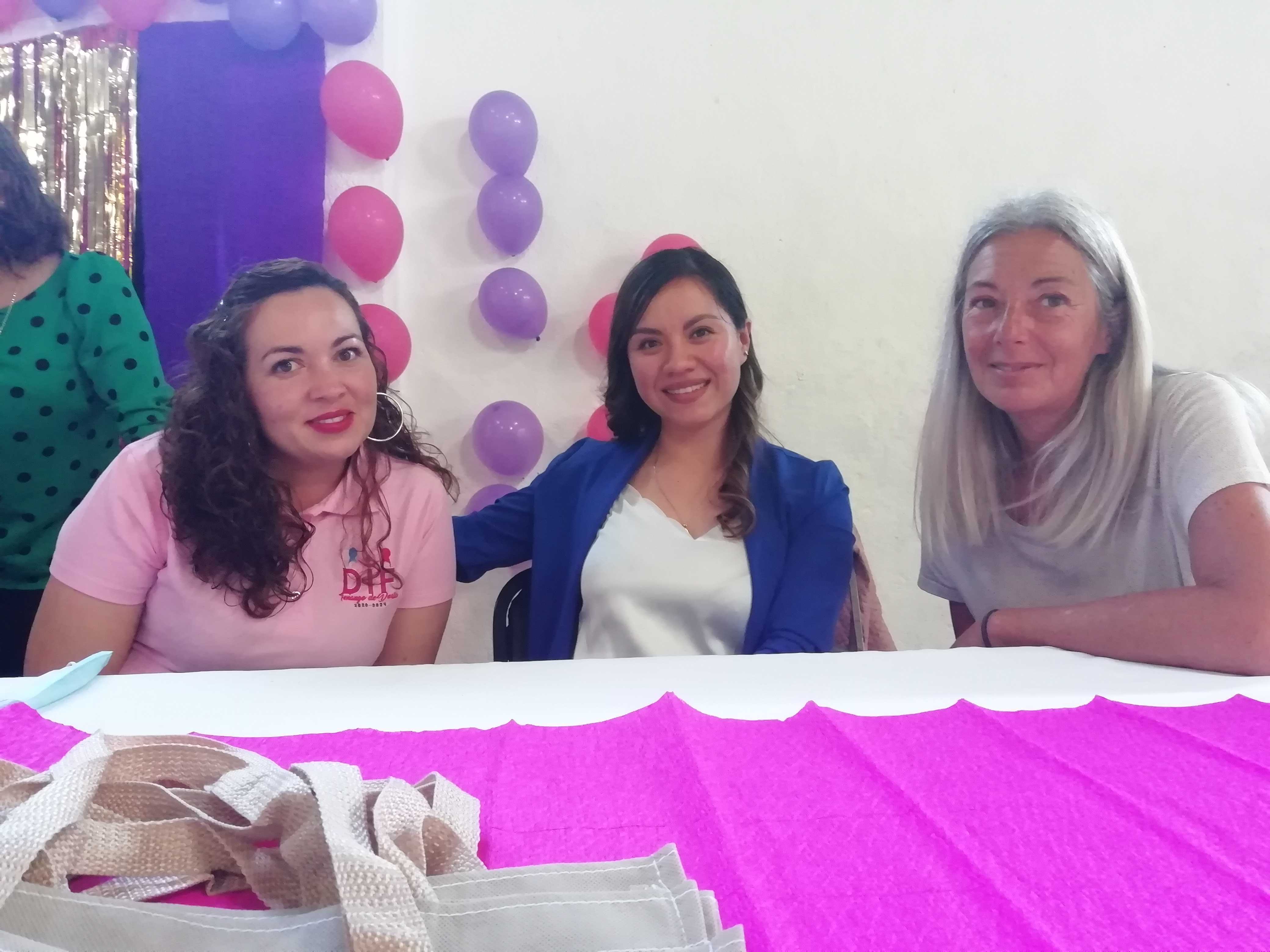 On March 30, Nani Szeibert, one of two new trainers of a key element of PSYDEH’s COVID-19 recovery program, the Indigenous Women Field Corps, participated in a Conversational event for women organized by the Tenango de Doria’s municipal government’s “Women Affairs” office, framed in the month dedicated to women. She writes the following report, the first of many PSYDEH will share in the coming months.

The event was open for all women from Tenango and the region, and presented under the slogan: ‘Una sola voz que une a todas’ (A single voice that unites them all) attracting more than one hundred people who, at two in the afternoon, gathered at the Local Auditorium to start a meeting that facilitated empathy, solidarity, reflection and high emotions among the public.

The main activity consisted of bringing together a team of local professionals who chaired the central table and who gave personal testimony as women who live and work for the empowerment of women, both in their daily lives and in their areas of competence. 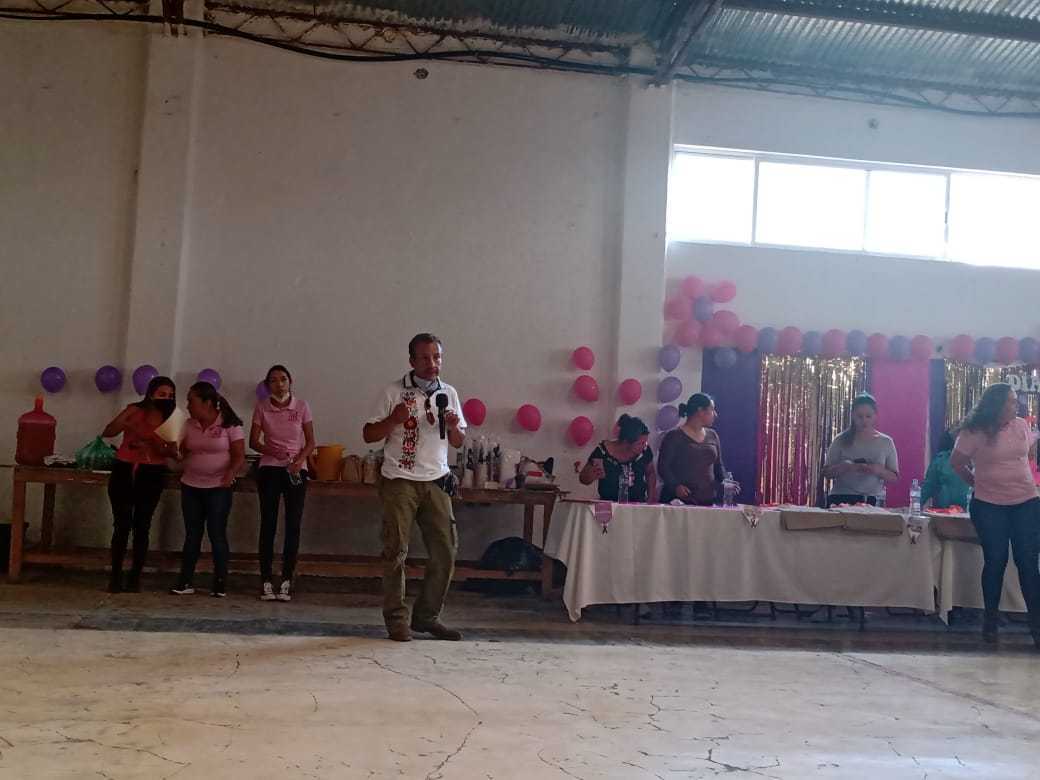 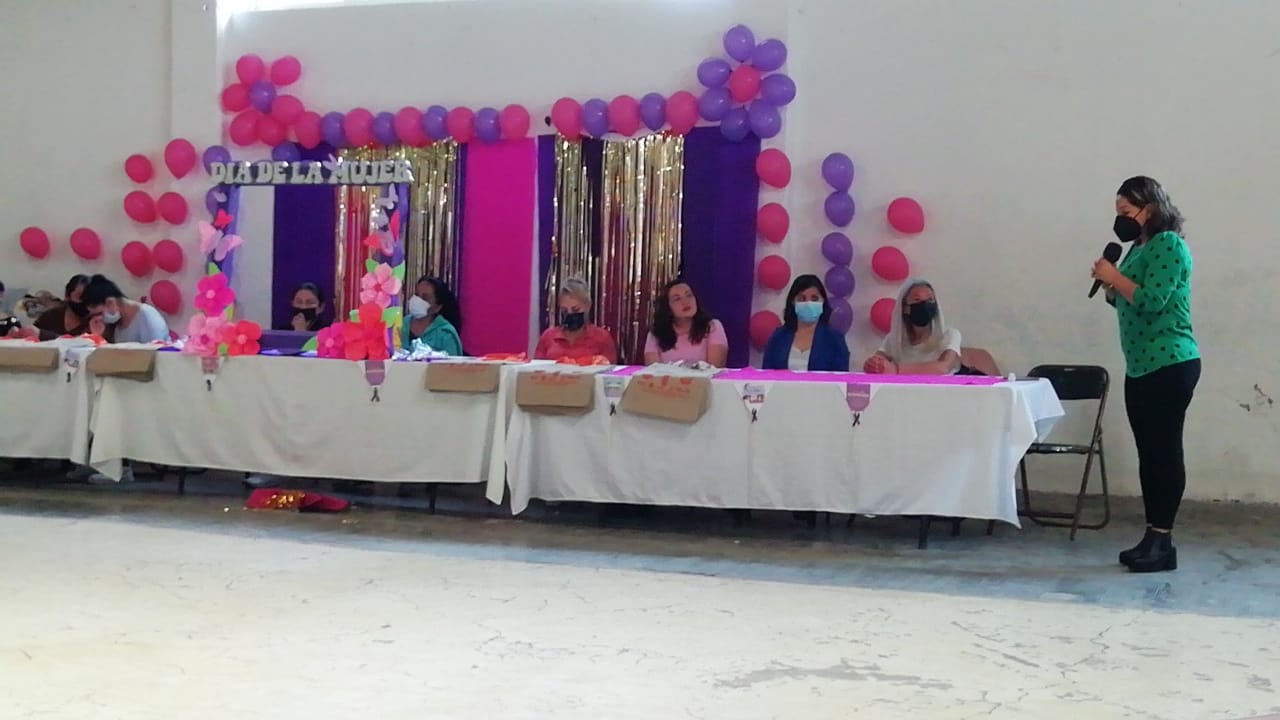 Something very moving for me was that few minutes before the event began, Lic Iturbide Licona invited me to share the table and my experience with all the participants. With this gesture of generosity, she gave me the opportunity to introduce myself and offer my small input as a Human Rights defender specialized in the Promotion of Gender Equality and collaborate as a member of PSYDEH in this great work that is being carried out from the Presidency of Tenango de Doria.

Before the end of the event, which featured a lively dance, guided by the dance graduate Alma Nayeli Tolentino Licona and a popular meal, Mr. Echeverria, PSYDEH’s general coordinator, addressed those present with a short speech, reinforcing the work commitment that the association has been developing in the region since 2013.

The Indigenous Women Field Corps trained by Ms. Szeibert (and Mr. Caraballo) is one of seven mechanisms that make up PSYDEH’s new COVID-19 program designed in part to support indigenous women leaders and their network of organizations. Other mechanisms include our periodic information series and our new social enterprise Bordamos Juntos.