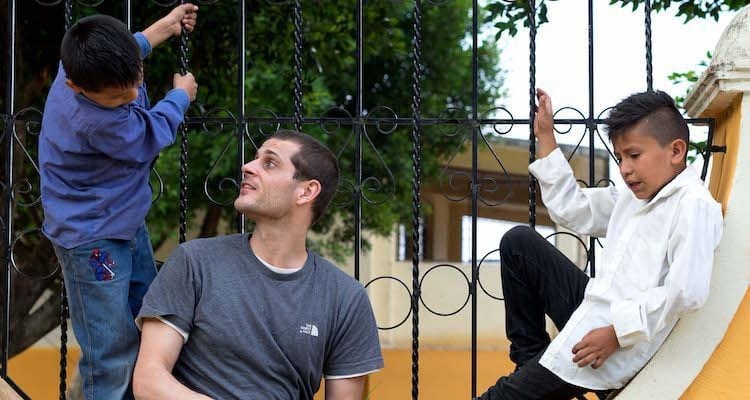 When PSYDEH launched our first ever crowdfunding campaign in late-September 2016, we had no donor base, no platform on social media, neither a history of working with foreign donors nor the resources for such, and finite funding streams. However, we had capable indigenous women partners, a story to tell about our novel impact-making program and a tiny team of creative, driven Mexican and foreign staff.

A key member of our staff was Andre Stoffel (RIGHT BELOW), German volunteer strategy consultant with a Ph.D in physics, who suggested that we link technology tools and game theory to crowdfunding, with the goal of uniting disparate citizens from around the world to reject “the wall” rhetoric.

WE CREATED an animated project promotional video to use basic images to communicate our challenging-to-explain work. The video is designed to tap into our best selves, in a simple way, to convince strangers to invest AND thus join poor women wanting to do for themselves from the bottom-up.

WE ALSO INNOVATED interactive puzzle tool to entertain the donor (as donations came in, the front puzzle map of the heart of the region in which we work filled in). As or more important, and linked to the animated video, once at this puzzle page, and you click on Global Donor’s Flag in the top left of the past, you’ll see an image of a collection of donor flags (SEE ABOVE), evidence that donors are, in fact, part of a global movement of Americans, Australians, Belgians, Bulgarians, Canadians, French, German, Israeli, Kazakhs, Mexicans, Dutch, Kiwis, Saudi Arabian, Spaniards, and Swiss choosing to empower poor women-led, bottom-up development in Mexico.

WE INSPIRED a viral campaign on Facebook where donors and friends of PSYDEH, from all over the world, e.g., Mexicans in Mexico City, Americans in Mexico, Germany, Australia, Spain, USA, Brazil, Bulgaria, the USA high school student who later ran a June 2017 fundraiser in the US to contribute to the campaign. These folks voluntarily posted selfies with their holding paper with such phrases as “What you crave. #fruits of change”

And, in the spirit of the most personal is the most universal, our crack team PRODUCED A SERIES of short videos to bridge between donors and our indigenous partners:

With PHASE ONE of the Fruits of Change campaign (FOC) now complete, PSYDEH

(1) celebrates with our donors and Global Giving,

(3) prepares to launch a second phase of the campaign in mid-December in pursuit of $7500 for seed money to fund these indigenous women-led NGO’s inaugural projects in 2018.