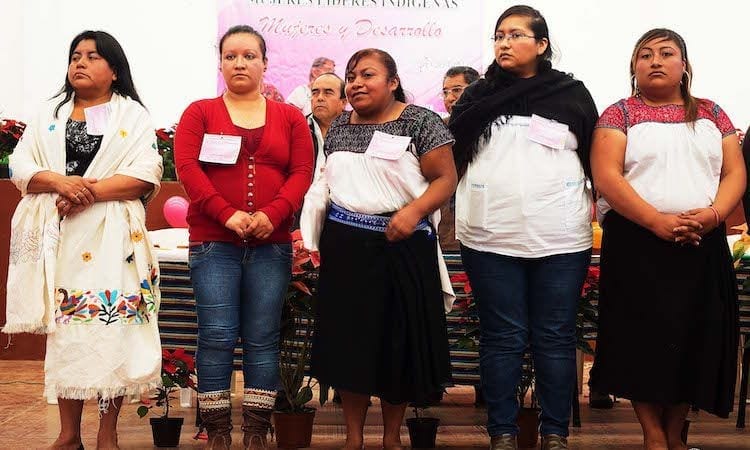 On September 25, we lost Nayelica Lazcano Bernardino. She was one of the good ones…

Nayelica Lazcano Bernardino, 25 years-old, died in the state hospital of Pachuca, Hidalgo, Sunday morning, September 25. She had been in a coma for over two months battling complications of advanced-stage Leukemia.

We are devastated by this loss. As recently as late May, she was the star speaker at our fundraising event in Mexico City and the central figure in a podcast produced by the Mexico City based, private high school American School Foundation’s Repentino magazine:

Naye was born in the community of San Antonio El Grande in the municipality of Huehuetla, Hidalgo.

This community sits on the peak of a mountain in the heart of this coffee-producing region and is home to 2368 people, 85% of which speak Otomí, or as its commonly called in the community Hñähñu.

Despite her relative youth, Naye, with a degree in intercultural education, ascended quickly as leader in PSYDEH and her community and Region. She joined PSYDEH in 2014 with three other local-based women professionals to facilitate workshops and organize women in her municipality.

In 2015 and 2016, she continued as workshop facilitator on education and sustainable development and advised on program design. She was also elected as President of her new Huehuetla-based organization and one of 20 members elected by her peers to sit on the Region-focused organization.

Naye had this way about her that could arrest and invite. Her ability to capture complicated concepts in language that was clear to all walks of life in Spanish AND Otomí could stop you in your tracks. Her smile, her elegant presence, her laugh and her sincerity always reminded you of the good in the world. Naye’s powerful voice for our work, her peoples’ work, to empower native women to build their own strong communities, is irreplaceable.

She is survived by her father, Papa Lazcano, a recently retired educator, farmer and fierce defender of their Otomi heritage, and her mother Doña Artemisa, also a strong protector of Otomí culture and leader in our native women’s movement.

Naye will be buried in San Antonio El Grande, Huehuetla, Hidalgo on September 27.

PSYDEH is dedicating all proceeds from its forthcoming role in an October 6 art exhibition and bazaar in Mexico City to Naye’s family to help cover the costs incurred by the family supporting her when in a coma since late July.